It’s no secret that pets can bring a lot of joy to the lives of their owners, but did you know that having a pet can actually improve your health too?

Spending time with pets actually causes physical reactions in your body that reduce stress and improve your mood. Just petting a cat or dog, or watching a fish swim actually decreases your levels of cortisol, a stress hormone, and helps increase production of serotonin, a feel good chemical that increases feelings of well-being.  Additionally, playing with a pet can increase your levels of both serotonin and dopamine, which will leave you feeling more calm and relaxed.

Having a pet has been shown to help fight depression, stress, and anxiety. In addition to increasing chemicals in the brain that promote feelings of calm, relaxation, and overall well-being, spending a time with a pet can also be helpful because it makes pet owners feel that they are not alone. Feeling isolated and lonely can make disorders like depression much worse, so a pet’s companionship can provide a great deal of comfort by making owners feel needed and wanted. Talking to a pet can also be a source of consolation for pet owners.

In addition to providing many mental health benefits, studies have also shown that having a pet is beneficial for your physical health too. For example, research has shown that owning a pet is linked to lower blood pressure. In one study, married couples who owned pets were found to have lower blood pressure and resting heart rates (both at rest and during a stress test) than couples who did not own a pet. Another study conducted on children with hypertension found that petting their dog lowered the childrens’ blood pressures.

Researchers have also found that people who own cats have fewer strokes than those who don’t. This is partially because owning a pet helps improve circulation. But, scientists think that cats may have a calming effect on their owners (more so than other animals). It also may have something to do with the personality of many cat owners, who often focus their interest on their cat, which keeps them from being stressed or worried about other things.

Additionally, people who owned pets have been found to have lower levels of triglycerides and cholesterol (which indicate heart disease) than those without pets. This could be attributed to lifestyle factors and is not an excuse to ignore a healthy diet or exercise, but is certainly encouraging. Pet owners overall, have a lower risk of death caused by any type of cardiac disease, including heart failure.  A twenty-year study found that people who had never owned a cat were 40% more likely to die of a heart attack than those who had. Another study found that people’s survival rate one year after a heart attack improved significantly if they owned a dog.

Exposure to a pet can even reduce a child’s risk of developing allergies,  asthma, and eczema in adulthood.  People who have allergies produce antibodies in response to irritants, like pet dander or saliva, which causes inflammation that affects the lungs (asthma) and skin (eczema). However, scientists believe that infants who are exposed to pets may become desensitized to these allergens, making them less likely to have allergic reactions as an adult. A study in 2008 found that prenatal exposure to a pet lowered the production of allergic antibodies in the umbilical cord, which could potentially reduce the child’s chances for developing allergies even further. Children who have pets when they are young also have higher levels of certain immune systems chemicals, indicating a stronger immune system.

Another major benefit of owning a pet is that it can promote a healthier lifestyle. For example, dog owners tend to be more physically active and are less likely to be obese than people who don’t own dogs. A study published in the Journal of Physical Activity & Health  found that people who owned dogs were 34 % more likely to exercise at least 150 minutes per week. Taking your dog for a 30 minute daily walk will benefit both you and your canine. And playing fetch in the backyard afterwards is a way to further boost health benefits from exercise and from the feel good chemicals being released by your brain during play. Chasing your cat around or actively playing with them is another easy way to get exercise and improve your mood. 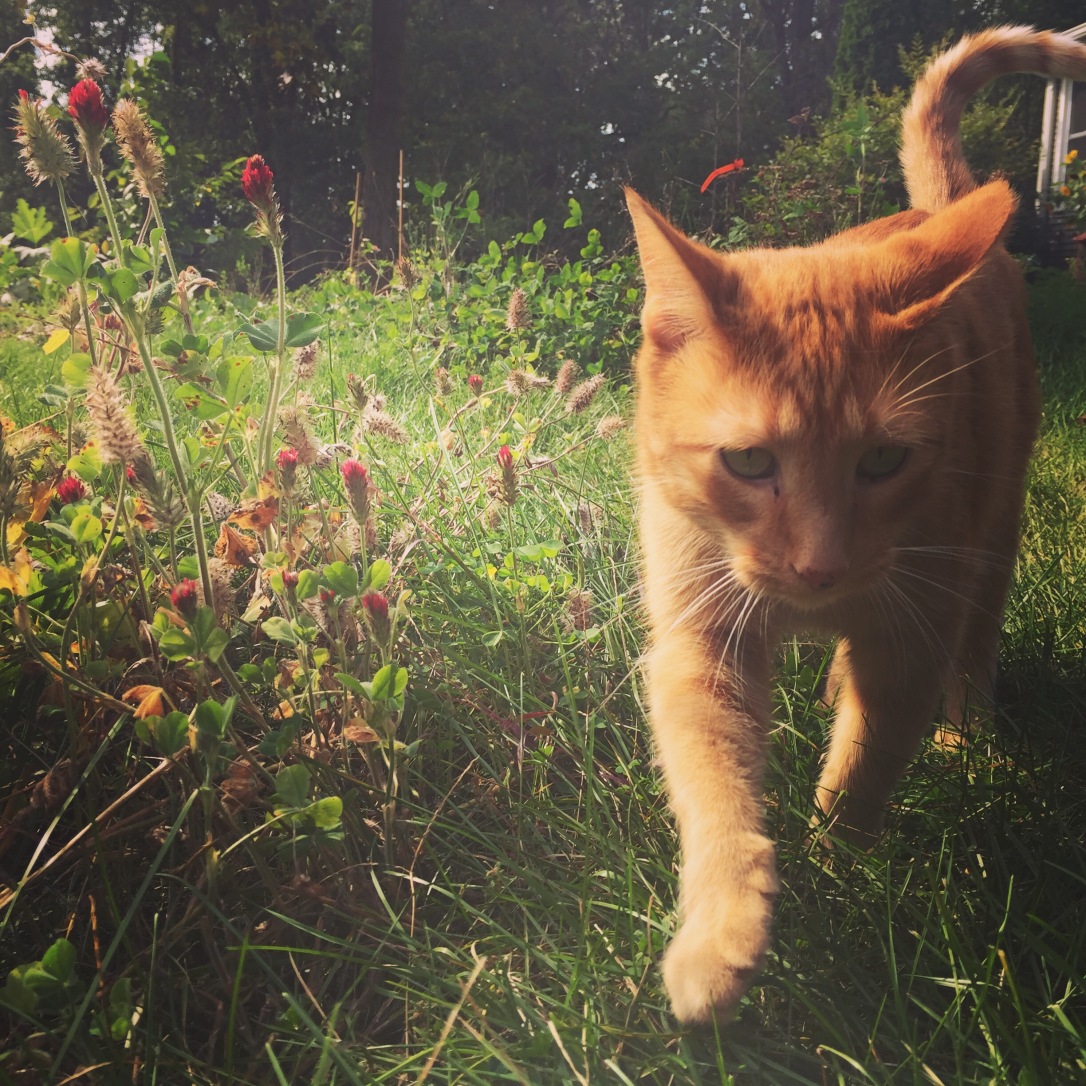 Owning a pet also promotes the establishment and sustainment of a connection with others, which is key to a healthy life. And the companionship of your pet is just the beginning. Being a pet owner can help you meet new people at dog parks , pet stores, or in training classes. And having a pet will give you something in common with other pet owners, who often love to talk about their pets. Taking a dog for a walk can be a good way to spark up a conversation, either with other dog walkers, or with people who simply appreciate your pet’s adorableness.

Because of the many health benefits pets can provide, animals are now being utilized to help those who have chronic illnesses or are hospitalized for long periods of time. Studies have found that petting a dog helps those recovering from a stroke regain their strength and that people with Alzheimer’s are less likely to have an anxious outburst if there is a pet in the home.

Specially trained dogs are becoming an increasingly popular way to help people with various diseases and disorders function in everyday life. “Seizure dogs,” for example, are trained to alert parents when a child is having a seizure in another room, or to lie next to someone who is having a seizure to prevent injury. Other dogs are trained to assist people with Parkinson’s disease by picking up and fetching items, providing balance and support, opening and closing doors, or even turning light switches off or on with their paws.  Some hospitals, such as Mayo Clinic, are even using pets in a clinical setting to help promote healing and to lessen symptoms of pain, depression, anxiety, and fatigue. Animal-assisted therapy has been used to help the healing process of those in long-term care facilities, or those with conditions such as post-traumatic stress disorder, chronic heart failure, or cancer. “Pet therapy” has also been used to help rehabilitate those recovering from surgeries.

With all the health benefits pets provide, if you’ve been considering getting a pet, it may be a good idea to do so. However, it is important to consider the time, effort, and expenses required to properly care for any pet before you bring them home. Ensuring that your home and lifestyle is appropriate for the type of pet you’re considering is essential to make certain that the addition of your pet will bring better health and happiness for both of you.

Please do your own research and be well informed about your health, especially if you have any allergies, pre-existing medical conditions, or are pregnant. We are not medical doctors or veterinarians. The information provided on this blog is for educational purposes only and has not been approved by the FDA. It is not intended to diagnose, treat, cure, or prevent any disease.